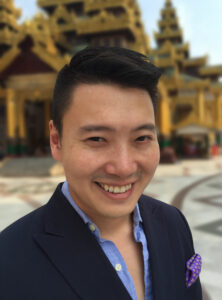 James Song is interested in high-impact catalysts that advance humanity. A tireless advocate for education equity, James launched the first digital early-learning programs in Burma, and produced the world’s first digital education courses in the Rohingya language. He is a pioneer in distributed ledger technology, and has invented novel methods for virtual learning and maintaining academic records on public blockchains. His blockchain work has been featured in The Guardian, Bloomberg, Huffington Post, and Reuters, among others – and has been presented at the Organisation for Economic Co-operation and Development (OECD) and the Parliamentary Assembly of the Council of Europe. Currently, James researches economic paradoxes in open blockchains and how they can be leveraged to redesign social systems.

As a Fulbright scholar, James pioneered the use of self-hypnosis to boost CD4 T-cell counts in Ugandan HIV+ patients, the first non-pharmacological HIV intervention in sub-Saharan Africa to show significant immunomodulative efficacy. He later stayed in Uganda post-Fulbright to build its first modern polyethylene plastic recycling factory, which would later spur the creation of the plastic recycling industry in East Africa.

James graduated salutatorian from Harvard University, and received an MSc in neuroscience from University College London. His extraordinary accomplishments and proven track record have been recognized by the World Economic Forum, which named him a Young Global Leader.